In order to become a sustainable city it is important to know how much energy is consumed. Future energy policies can be decided with this information available.

With the aim of measuring and differentiating the electricity consumption of devices that are isolated from the general electricity control network, the city of Terrassa has decided to implement a system based on the LoRaWAN network.

By combining two elements, LoRaWAN SmartBridge and a single-phase kWh meter, it is possible to obtain the electricity consumption information of an isolated element (e.g. cameras, sensors).

The LoRaWAN SmartBridge module (from IOT Aonchip) in conjunction with an electricity meter using the ModBus 485 protocol, allows the measurement of the desired electrical parameters.

By configuring the ModBus addresses in a mobile phone (through NFC communication) and uploading them to the SmartBridge, the system automatically redirects the data to the LoRaWAN network. 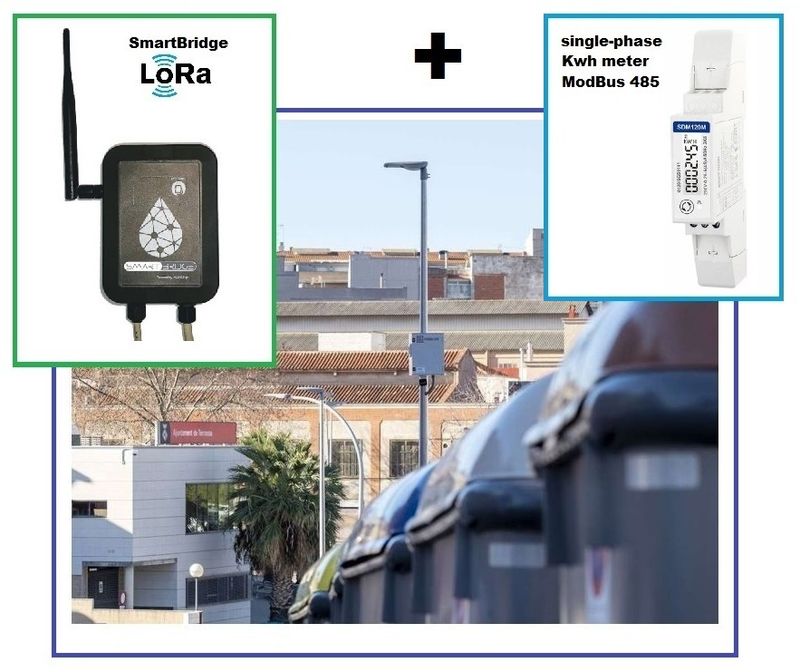 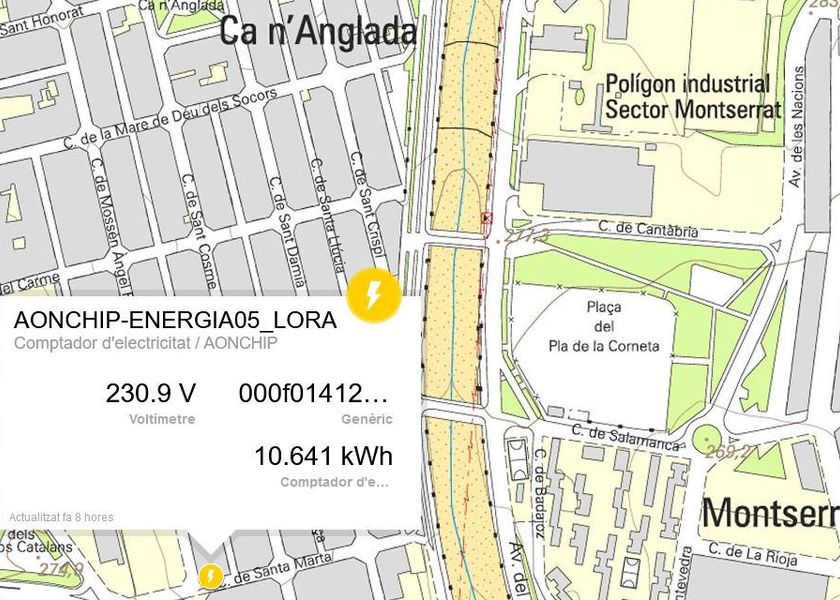 Page load link
Utilizamos cookies propias y de terceros para el correcto funcionamiento del sitio web y de todos sus servicios. Al hacer clic en "OK", acepta el uso de TODAS las cookies | We use our own and third-party cookies for the proper functioning of the website and all its services. By clicking "OK", you agree to the use of ALL cookies.

This website uses cookies to improve your experience while you navigate through the website. Out of these, the cookies that are categorized as necessary are stored on your browser as they are essential for the working of basic functionalities of the website. We also use third-party cookies that help us analyze and understand how you use this website. These cookies will be stored in your browser only with your consent. You also have the option to opt-out of these cookies. But opting out of some of these cookies may affect your browsing experience.
Necessary Siempre activado
Necessary cookies are absolutely essential for the website to function properly. These cookies ensure basic functionalities and security features of the website, anonymously.
Functional
Functional cookies help to perform certain functionalities like sharing the content of the website on social media platforms, collect feedbacks, and other third-party features.
Performance
Performance cookies are used to understand and analyze the key performance indexes of the website which helps in delivering a better user experience for the visitors.
Analytics
Analytical cookies are used to understand how visitors interact with the website. These cookies help provide information on metrics the number of visitors, bounce rate, traffic source, etc.
Advertisement
Advertisement cookies are used to provide visitors with relevant ads and marketing campaigns. These cookies track visitors across websites and collect information to provide customized ads.
Others
Other uncategorized cookies are those that are being analyzed and have not been classified into a category as yet.
GUARDAR Y ACEPTAR
Ir a Arriba